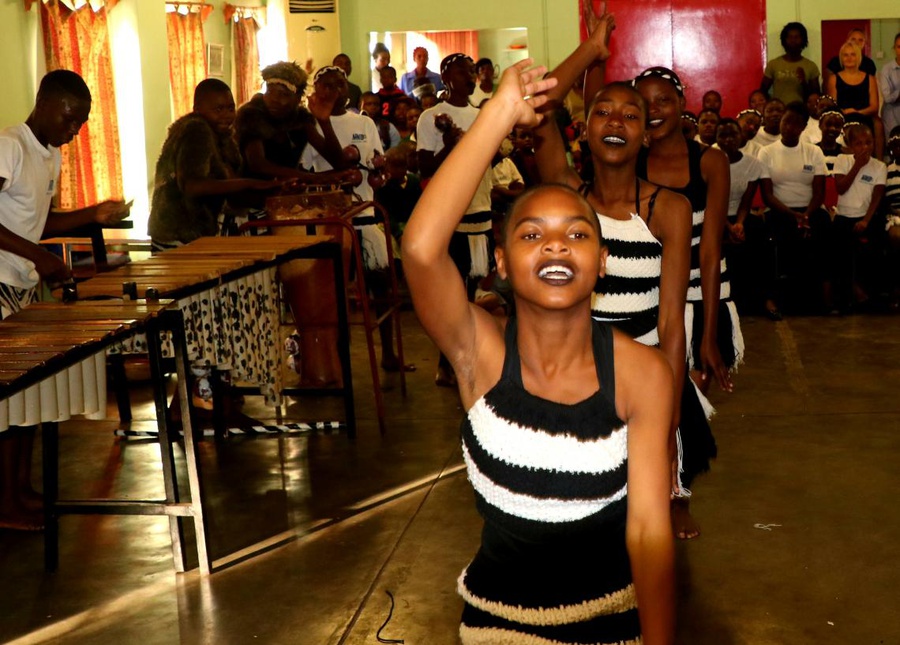 At 13 years old Ropafadzo has already overcome many challenges in her young life. “I do not know my father. My mother left in 2008 when I was still too young to understand why she had to do so. It was at the height of economic strife, I am told, and she went to South Africa and never came back. Years later, I heard about Dzikwa [Trust Fund] from a friend and it has been a place of solace. I kept on visiting this place and eventually joined the culture and arts group and became a Dzikwa child in 2011. It was then that Dzikwa approached me and opened opportunities for me to have an education and take part in activities I love -- dancing and poetry

In 2011 Ropafadzo received a scholarship from Dzikwa Trust Fund. Founded in 1993 by husband and wife team, Seppo and Oili Ainamo, the Trust Fund was established in Zimbabwe to empower gifted, but vulnerable children. Dzikwa, which is supported by families in Finland, provides the children with school fees uniforms, shoes and textbooks; daily meals; health care; IT tuition and extra lessons. It also conducts sports, arts, culture and environmental awareness activities, and facilitates the acquisition of birth certificates for children who do not have them.

Ropafadzo, recently passed her Grade 7 exams with flying colours and is excited for her future which she says will be both in academia and arts.

“The sky is the limit and I am living each day with the motivation that something bright is coming my way. I will not fail,” says Ropafadzo with optimism.

In April 2018 Ropafadzo was chosen from among 400 children to travel to Finland to help raise awareness of the work of the Dzikwa Trust Fund. She performed in front of a large and appreciative audience at the Helsinki Music Centre in the capital, playing a musical instrument called the Marimba.

Ropafadzo, who lives with her grandmother and brother, says “My grandmother cried when I told her I was chosen to go to Finland. How could she not? My life looked like it never had such possibilities.”

Dzikwa Trust Fund has many success stories, among them that 22 of its students are attending tertiary education at local universities, and several others have obtained government scholarships to study in South Africa; Algeria, China and Turkey.

It is a story of how I came from the dusty streets of Dzivarasekwa to travel and stare in amazement at the bright lights of Finland. My story is still developing and I am excited to see where it takes me,” says Ropafadzo

“I feel like more will come my way. This is my family. I am also happy that after I bought a mobile phone I managed to talk to my mother. I do not know when she will come back to be with me but I just know with Dzikwa, I have a family, and one day she will be part of what I have and have become.”