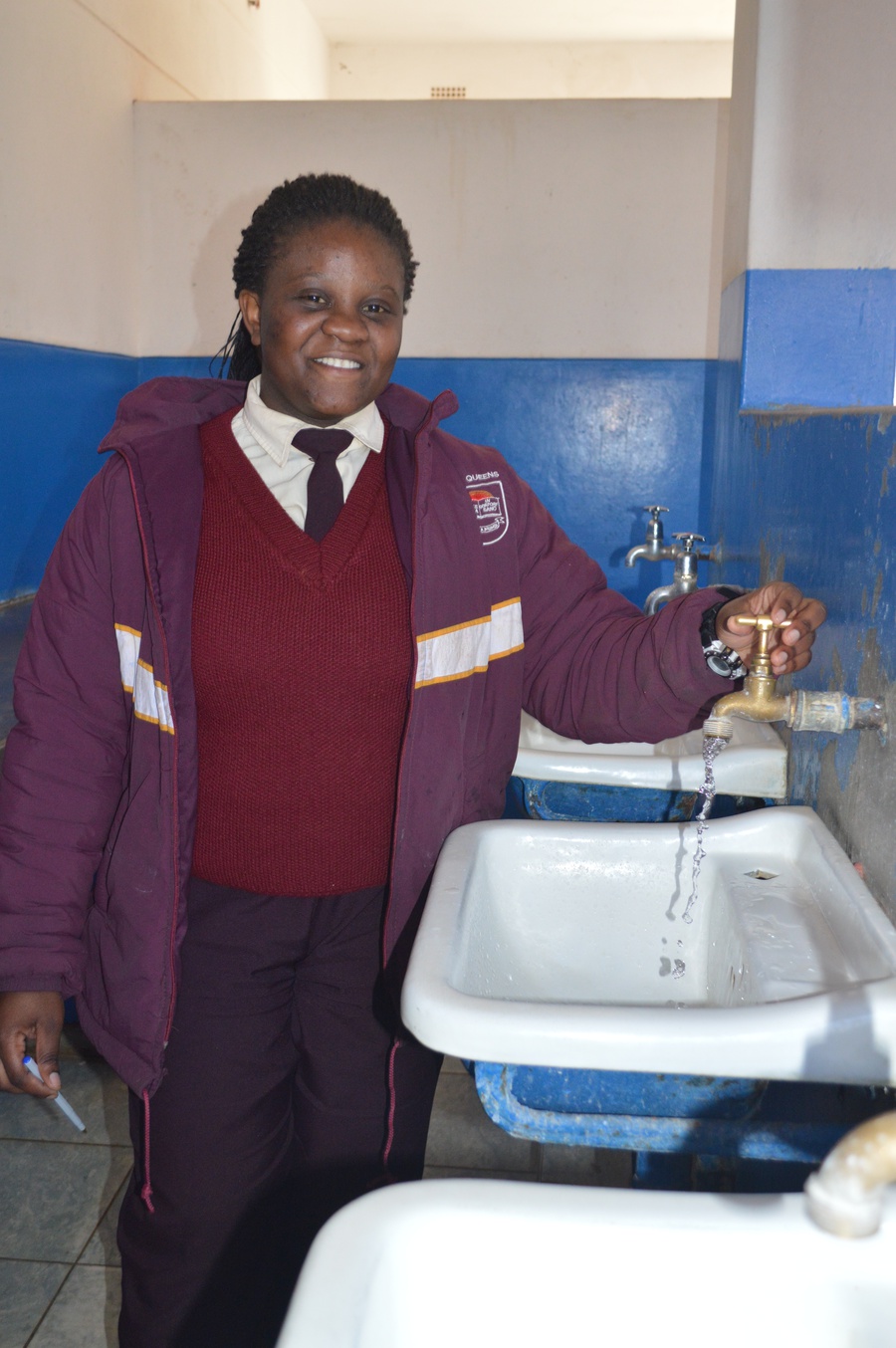 During the cold season in Zimbabwe when temperatures can dip below zero centigrade, power rationing in the dormitory at Natasha Magwani’s boarding school made getting ready for class each morning, a daunting and discouraging process.

“Taking a bath in the cold winter mornings was a traumatic experience,” says Natasha (18). “Attendance would be compromised as we oftentimes got ill. Personally, I could not wake up early enough to queue up for the [limited supply of] warm water in other dorms that had an electricity supply.”

Natasha attends Regina Mundi High School, which is on the Harare-Bulawayo highway on the outskirts of Gweru town in the midlands province. Over time, high electricity bills led the school to introduce power rationing which resulted in the limited availability of hot water to serve one of the dormitory’s 72 students. However, things changed in August 2017 when Regina Mundi High joined the Green Schools Initiative and installed solar-powered geysers.

The Green Schools Initiative is a component of the Green Innovators Hub (GiHub) phase 2, which promotes green schools, green jobs and green innovations in Zimbabwe. It is supported by UNICEF and Action 24 (a regional environmental youth Non-Governmental Organization), with generous funding from the government of Sweden.

As member of her school’s Environment Management Club Natasha helped to write a proposal that was entered in a Green Schools competition aimed at stimulating climate action, enhancing renewable energy appreciation and environmental stewardship in primary and secondary schools.

Adjudged as one of the top 10 entries, Natasha’s school received a US$2,500 prize and used the funds to purchase and install the solar panels.

The Green Schools Initiative helped Natasha’s school in more ways than one. In addition to guaranteeing the students a warm water start each morning, the solar panels have improved the school’s finances. According to teacher, Yvonne Mutongi, who supervises the Environment Management Club, “This solar-geyser project has cut electricity bills, which is a relief to the school.” The initiative is also helping to increase awareness and action on environmental issues.

“[Participating] in this is a great privilege,” says Natasha. “Through it I had an opportunity to appear on national television talking about this solar-powered geyser project, [which has] given us a reliable alternative source of power.”

Each term at the school the Environment Management Club also has a special slot to teach fellow students about the importance of preserving the environment. “New members join every year to replace the outgoing, who are in examination classes,” said Natasha. “Currently we are 21 and we try to keep the number below 50 for easy coordination.”

Natasha’s interest in environmental advocacy started when she presented a speech during Environment Day celebrations in 2012.   “[It] caught the attention of a pastor who had come to grace the event who then prayed for me to be a full-time environment advocate,” said Natasha who now hopes to have a career as an environment champion. “In future, I want start a non-profit making organization that will fight for environmental issues!”

The Green Schools programme in Zimbabwe aims to support implementation of the new education curriculum particularly in areas which promote practical learning. To achieve this, the project targets and works with environmental clubs, supporting initiatives that promote environmental education and learning. The overall goal of the programme is to incubate and stimulate climate action which leads children into living and leading sustainable green lifestyles. The programme offers both technical and financial support services to these environmental clubs to demonstrate projects and ideas that ensure practical learning whilst greening the school. The overall impact of the programme is to see schools and communities adopting and utilising mechanisms that help conserve the environment, while at the sometime reducing the burden of climate change. Approximately 500 students are currently involved in environmental clubs across the country.