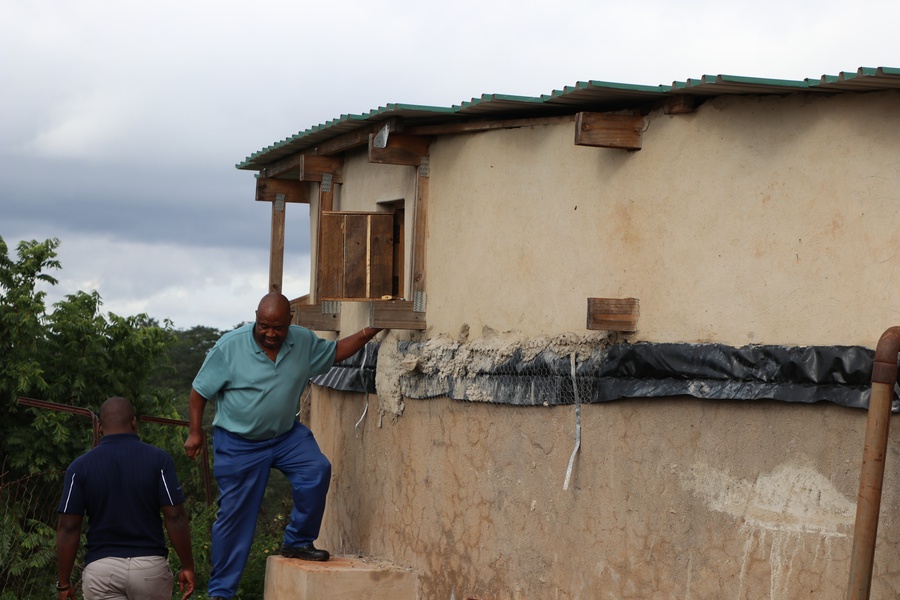 The refurbishment of the water and sewer reticulation systems under the Small Town Wash Program (STWP) initiative remarkably improved the provision of safe water and, waste disposal in the chrome mining town of Shurugwi after the old infrastructure had outlived its design span, Francis Cook, Shurugwi Town Council Consultant Engineer and Business Units revealed. Shurugwi is among the small towns that benefited from a 30million US Dollar Australian AID grant whose overall objective is to contribute towards the reduction of the burden of diarrheal diseases as well as improving the productive capacities of over five hundred thousand population across fourteen benefiting towns.

Following a record 98 531 cholera cases and 4 252 deaths in fifty-two out of seventy-two districts during 2008/9 outbreak, UNICEF in partnership with Ministry of Environment, Water and Climate stepped up in a joint venture to prioritize promotion of safe hygiene practices. The plague underlined the appalling state of the urban WASH infrastructure and the need for immediate intervention.

The Town Council received aid in form of hardware earmarked for the replenishment of the existing WASH infrastructure that could no longer stand pressure due to ageing. “Pipe bursts were an everyday life,” Engineer Cook remarked as he reflected on the situation before the intervention.

Similar intervention was introduced in Hwange Local Board where the trunk sewer pipe stretching over 1,7km was replaced. Re-sanding of the filter beds was also done under the STWP in fulfillment of its object of improving operational capacity and efficiency of piped water supply systems. The small coal mining town now has a 24hour running tape water and, reported cases of burst sewer pipes now belong to a distant past. “Our water treatment plant is one of the best among the fourteen implementing towns,” Hwange Local Board Environmental Health Technician Nqobile Mabhena said.

Hwange Local Board has also reaped positive results from the Promun Accounting system supplied under the Small Town WASH Program. The multifaceted system has the Billing component, Human resources, Creditors and Commitments, Stores, Debtors loans and Rentals, General Ledger and Cashbook. “With the new system everyone has designated access making it easier to work unlike before,” Hwange Local Board Systems Administrator Benita Moyo noted with gratitude. Previously the Board relied on one focal person mandated to oversee the excel spreadsheet and generation of reports was done in manually which was a bit taxing and time consuming.

“Billing and printing of statements was a process that took a couple of days but now with Promun the whole process takes less than a day,” Administrator Moyo said revealing the efficiency that has been brought by the new system.  The system is designed in a manner that different sections within the board have separate access credentials that limit them to their areas of specialty, guarding against interruptions as was the case before. With the Debtors loans and Rentals, Debt Collectors have an easy task in identifying the target clients to follow up which boosts revenue collection capacity.

To consolidate the gains of the STWP more work needs to be done as the new sewer and water reticulation system in all mining towns may fail to last their design lifespan because of pressure from ever growing population due to mining activities. Currently in Shurugwi water and sewer reticulation systems are fully functional though blockages have been reported because of pampers and sand from soil samples residents take to their respective homes to look for precious minerals. Expanding populations also threaten to thwart the gains of the program. “In Sebanga Park 3 alone there are about 950 additional households,” the Engineer Cook revealed. If no measurements are put in place, soon the benefits of the current STWP will be clouded.