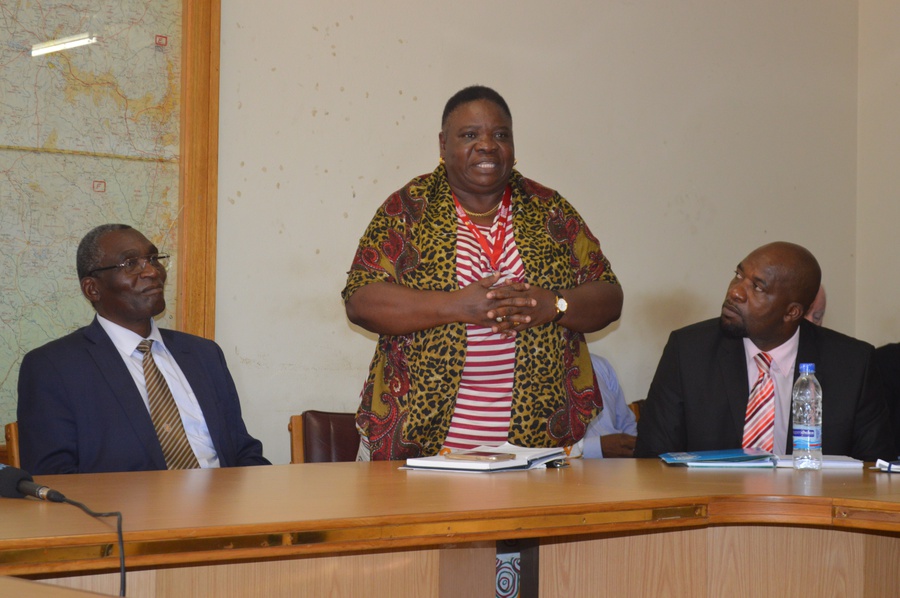 Ministry of Health and Child Care (MoHCC) today launched Human Papilloma Virus (HPV) vaccination campaign after pilot projects in Marondera and Beitbridge emerged a success. The vaccination exercise will be targeting girls between the ages of ten to fourteen years against World Health Organization (WHO) recommended nine to fourteen.

HPV vaccine prevents cervical cancer among women and girls with projections showing by 2050, one million women worldwide will be diagnosed with cervical cancer every year, Dr. Juliet Nabyonga, WHO Country Representative said in her address. “90% of those who die from cervical cancer reside in developing countries,” She added.

MoHCC Minister Dr. David Parirenyatwa said the vaccination exercise will be targeting in and out of schools girls within the target age range, a period presumably before their sexual debut as the virus is sexually transmitted. “If you vaccinate against HPV before or around this period, you get more benefits than vaccinating later,” Dr. Maxwell Rupfedze, WHO National Professional Officer said concretizing what the Minister had alluded to. He said most women diagnosed with HPV in adulthood get infected during their tender ages at a time when the cervix is still immature and vulnerable. The precancerous stage to cancer takes between fifteen to twenty-five years, he also noted.

Minister Parirenyatwa said 99% of the cervical cancer cases are caused by human papilloma virus hence the need to capitalize on this program to vaccinate young girls from across color and creed. This is predominantly against the background that there are some religious sects whose doctrines do not condone utilization of modern drugs. Eight hundred thousand girls are targeted this year. The target for HPV is pegged at 95% which is 5% higher than the 90% in all antigens in the Expanded Program on Immunization (EPI).

“For more impact, the HPV vaccination should be part of a more holistic approach to cervical cancer control strategy that also include health education on safe sexual practices, avoidance of smoking, screening for early forms of the cancer ; and treatment and palliative care for those with advanced disease,” Dr. Nyabyonga noted making recommendations to the Ministry. She said as at 31 of March 2017 globally, 71 countries had introduced HPV vaccine in their immunization program which is the direction the country is taking as Minister Parirenyatwa stated that the HPV vaccine will be incorporated into the EPI at the end of this initial phase.

“2,270 new cases are reported annually with 1, 541 associated deaths,” UNICEF’s Health and Nutrition Chief, Nejmudin Bilal said in his address. Bilal noted that at global level cervical cancer is the second common cancer in women.  He also noted that ‘seven in every ten’ women at some point will get HPV infection. Bilal expressed UNICEF’s commitment to supporting the Ministry in the national campaign and rollout in areas of advocacy, social mobilization, development of Information, education and communication (IEC) materials, resource mobilization and management, capacity building on vaccine management and logistics.

This vaccination exercise if fully implemented will go a long way in alleviating cervical cancer in women and girls which constitutes the most vulnerable group. The boy child is being catered for by the current voluntary medical male circumcision exercise.