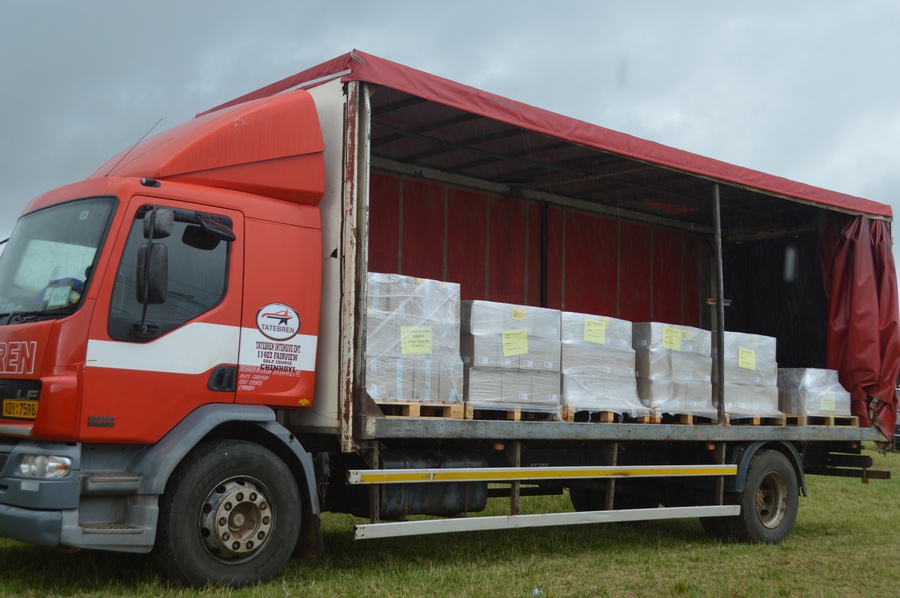 The nationwide textbook distribution exercise by the Ministry of Primary and Secondary Education (MoPSE) has begun with 5000 textbooks being distributed among 12 schools in Seke District, Mashonaland East. The Ministry received $9 million from the Education Development Fund through UNICEF to procure textbooks for the updated Curriculum whose introduction rendered previously acquired books obsolete.

MoPSE Minister Professor Paul Mavhima said the gesture is a clear indication that the Government is determined to see the successful implementation of the Updated Curriculum. “Today the Ministry is demonstrating its commitment to the successful implementation of the new curriculum which has invaluable 21st Century skills as the pretty-claw exit profile,” said Professor Mavhima, addressing the gathering that had come to witness the inaugural event.


He also noted that learning was no longer just for its own sake but rather a deliberate strategy tailor made to equip learners for the future which is provided for by the Updated Curriculum as exit profile for the learners. The Ministry’s target is to achieve a one as-to-one textbook-learner ratio which has been undermining the successful implementation of the Updated Curriculum. “Previously it was one-as-to-fifteen textbook-learner ratio and by so doing textbooks were not lasting as learners would scramble for them,” Euphemia Machiridza, Dunolly Primary School Head said, concurring with the Honorable Minister that books were previously in short supply. The launch breathed a new lease of life in the education sector as some schools had very little if any that they could use in this Updated Curriculum regime. The essence of the distribution exercise is to ensure that learners have adequate time to interact with the teaching materials without having to compete, said the Minister, Professor Paul Mavhima.

Successful launch of phase one of implementation which commenced in 2017 which saw the procurement of about 1, 2 million textbooks to benefit 3,000 disadvantaged schools. “A re-order for a similar quantity of books has been placed to benefit another 3,000 schools to bring the total beneficiary schools to 6, 000,” revealed Peter de Vries, Education Chief in his speech. He also underscored the need for training and refresher trainings of teachers so that the Updated Curriculum realizes its intended object.

Chief Seke expressed his gratitude to donors and UNICEF and urged all stakeholders to also augment Government efforts in ensuring children have access to quality education. He implored the Minster to facilitate training of teachers on true norms and values so that they cascade the same to leaners. “I hope in your heritage studies you are going to give teachers true meaning and value of traditional leadership, if you do that as Chiefs we derive joy from that knowing our values and norms are upheld,” he said, challenging all stakeholders to research so that they familiarize themselves with messages being conveyed in some of our norms which is part of our heritage.

The Minister assured the nation of a more rationalized curriculum with a taskforce already in place working round the clock to ensure its current flaws are addressed. He further noted that the textbooks under distribution had gone through rigorous screening process to ensure relevance of the content. “The books we are distributing today were thoroughly scrutinized by experts at the Curriculum Development and Technical Services Department and are relevant and critical resources,” he said, as he also announced temporary suspension of Continuous Assessment and Tasks for this year’s examination sitting classes. Instead, the terminal examinations will be used.

Minister Mavhima reminded learners of their obligation to fully utilize availed textbooks so that they derive the best from their intellectual faculties. Education is a fundamental human right which the Government of Zimbabwe prioritized since attainment of Independence in 1980. This current textbook distribution exercise is a shift from just accessing towards attaining quality education for all. Learners through their Junior Chief assured the Minister of full utilization of the textbooks.